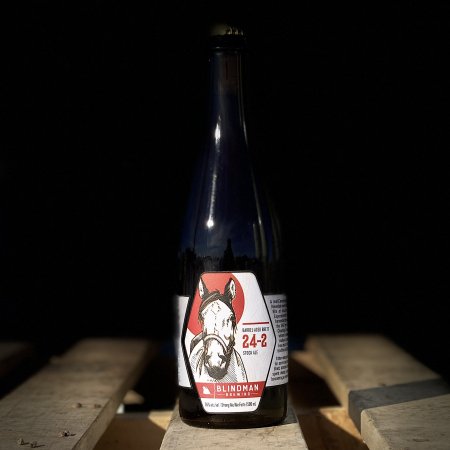 LACOMBE, AB – Blindman Brewing has announced the release of a specially aged version of an annual limited edition beer.

Barrel-Aged Brett 24-2 Stock Ale (7.6% abv) is a batch of the 2019 release of 24-2 Stock Ale – a traditional English-style strong ale brewed using barley grown at 24-2 Draft Horses farm and malted at Red Shed Malting – which was then inoculated with a blend of several Brett strains and aged for a year in Heaven Hill bourbon barrels.

Barrel-Aged Brett 24-2 Stock Ale is available now in 500 ml bottles at the brewery and beer retailers throughout Alberta, along with 473 ml cans of this year’s un-aged edition of 24-2 Stock Ale.