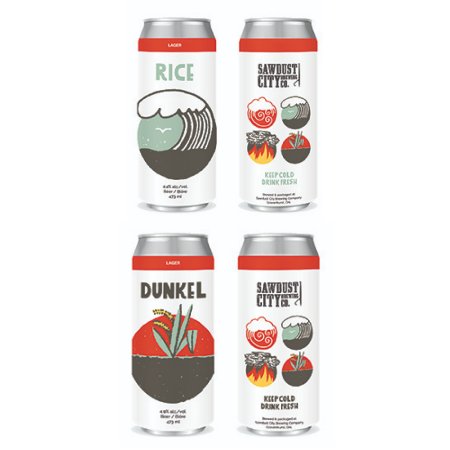 GRAVENHURST, ON – Sawdust City Brewing has announced the release of the first two beers in a new series of lagers inspired by the four elements.

This incredibly light-bodied lager is made with over 40% rice along with Canadian 2-row barley. It is light in colour with hints of grainy bread and a subtle sweetness from the rice.

A new style for us here at Sawdust City, this Dunkel has roasted bread flavours that lead the way, followed by a subtle, chocolate-like, malt balance. It’s dark in colour but deceptively easy-drinking.

Both new lagers are available now at the Sawdust City retail store and online shop. The final two element lagers – Smoked Honey Vienna Lager and Dry-Hopped Lager – are currently in the tanks, and will be released at a later date.