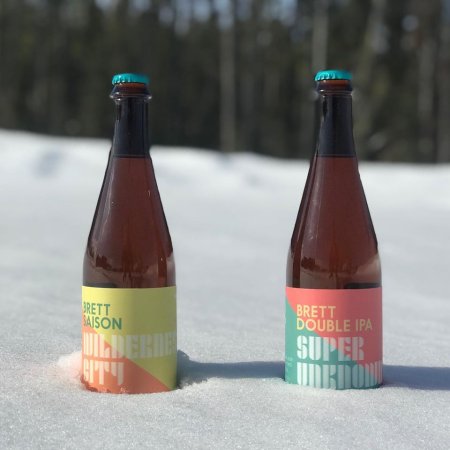 Wilderness City Brett Saison (6.5% abv) and Superunknown Brett Double IPA (9.2% abv) have both spent more than a year in red wine barrels where they underwent a secondary fermentation with a Brettanomyces strain from Escarpment Labs. They’re also been bottle conditioned for several weeks before being released for sale.

Wilderness City is described as “light and refreshing, with aromas and flavours of lychee, pear, and pepper with a slight oak wine barrel influence,” and Superunknown is “very smooth for an over 9% beer, with a nice oakiness from the barrels and a juicy tropical fruitiness from both the Brett and hops.”

Both beers are available now in 500 ml bottles at Winterlong Brewing, and can be preordered online for pick-up.