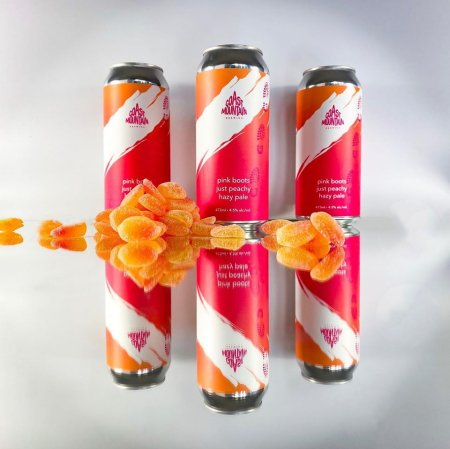 WHISTLER, BC – Coast Mountain Brewing has announced the release of a new limited edition beer brewed as a collaboration between 10 women from 5 different breweries in BC’s Sea to Sky Region.

Just Peachy Pale Ale (4.5% abv) was brewed with the addition of 25 kg of peach gummy candies, resulting in a beer with “the aroma of peach candy with tropical notes followed by beautiful flavours of tropical, citrus, peach candy and pine.”

Just Peachy can be ordered now for local delivery via the Coast Mountain online store. Partial proceeds will go to the Pink Boots Society to fund programs and scholarships for women in the brewing industry.