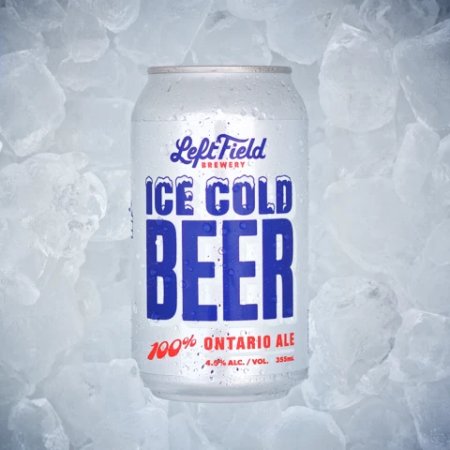 TORONTO, ON – Left Field Brewery has announced a new beer that was intended to mark the start of a new baseball season, but while the season may be on hold, the release of the beer isn’t.

Ice Cold Beer (4.5% abv) – a name inspired by the catchphrase a fan favourite beer vendor at Blue Jays games – is a “100% Ontario Ale” brewed with ingredients from Barn Owl Malt, VQH Farms, and Escarpment Labs. It’s described as “a crisp and refreshing all-natural craft ale that’s seriously great – without being too serious.”