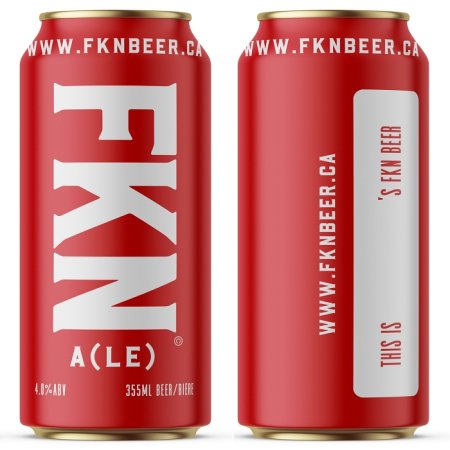 KAMLOOPS, BC & CALGARY, AB – A new contract brewing operation based in British Columbia has announced the launch of its first beer in the neighbouring province of Alberta.

Furniss Kirk Nterprises (FKN) is entering the beer market with FKN A(le) (4.7% abv), an American-style Pale Ale brewed with Cascade hops, and described as “an easy to like, straightforward beer for people who love sports, summer, and good times.”

FKN A(le) will be available in 6-packs of 355 ml cans, with each can featuring a “personalization box” on the side for customers to write their name or some other message using a marker.

FKN A(le) is expected to be in stock at beer retailers in Alberta in early April. For more details, see the FKN website.