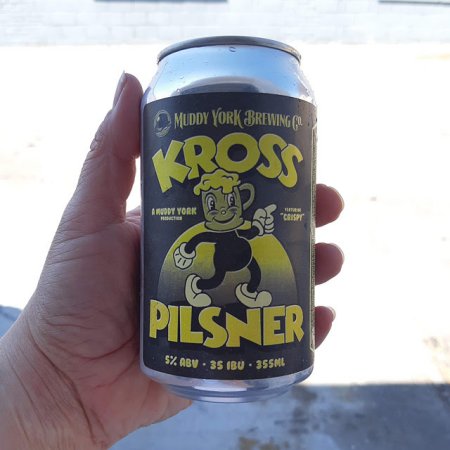 TORONTO, ON – Muddy York Brewing has announced the release of its latest beer.

Pilsners are among the world’s most beloved beer styles. Our golden age cartoon “Crispy” would like to introduce you to our golden-hued Kross Pilsner, a sublimely balanced beer made with Hallertau Mittelfruh hops and German Heirloom Pilsner malt. It’s sure to entertain your taste buds.