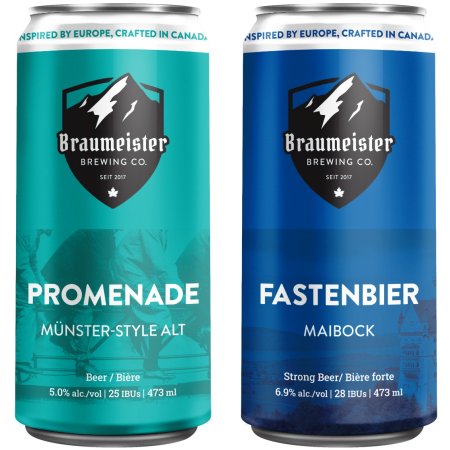 CARLETON PLACE, ON – Braumeister Brewing has announced details of two spring seasonal beers that are due out soon.

Inspired by the Altbier of Münster, this beer is a rich, golden colour, thanks to a blend of five different malts. An authentic Altbier yeast and unique German hops provide a mild fruity character that pays homage to the original style.

Fastenbier Maibock (6.9% abv) is a returning favourite, with the following notes:

The Maibock is a full bodied, golden coloured beer with an intense malty sweetness, and balanced by a generous addition of noble hops. This strong beer is traditionally brewed to welcome the arrival of spring.

Both beers will be released later this week in the Braumeister retail store and online shop.