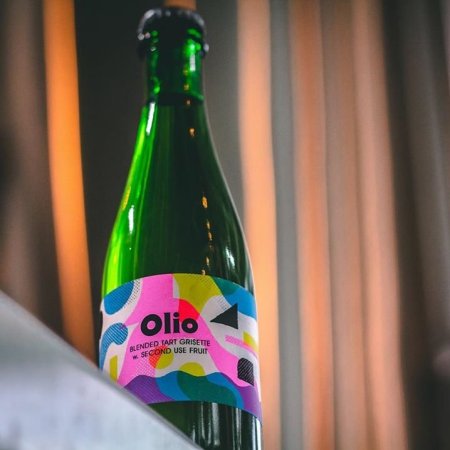 Olio (4.2% abv) is a tart grisette made with the addition of second-use fruit, and described as follows:

We used a blend of second-use fruit that had been previously used in other sour/wild beer at our brewery — strawberry, red gooseberries, and guava. We let these fruit macerate for about 10 months without the addition of beer, after which we separated the fruit from its liquid, and blended in a wild grisette. Bottled in late 2019, we allowed this beer to mellow in bottle for a few months until we were happy with its character.⁣ Bright, funky, tannic, and grippy. A distinct tartness, subtle fruit character, and a real zingy finish.

Olio is available now in a run of 240 bottles exclusively via the 2 Crows online store.