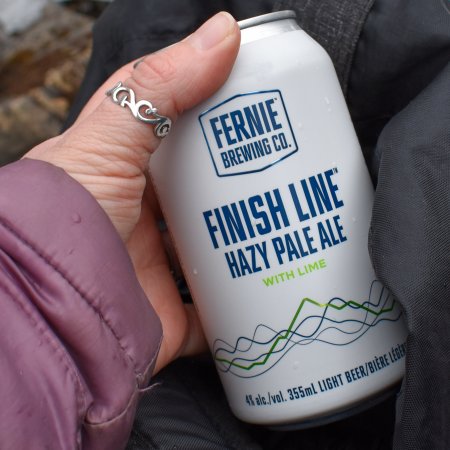 FERNIE, BC – Fernie Brewing has announced the release of a new spring/summer seasonal beer.

It’s uncertain who was more excited for this sought-after lower alcohol style of beer – Team Brew or Team Marketing. Regardless, both believe this beer could soon be everyone’s favourite, summer sidekick – the sort of friend who lives for adventure but is equally happy to chill in the backyard. Along the lines of FBC’s award-winning Hit the Deck Hazy IPA, but at 4% ABV, it’s lighter bodied and refreshing, without skimping on flavour – packed full of Citra and Vic Secret hops, unfiltered, with a gentle punch of lime.

Finish Line is available now via the Fernie online shop for pick-up or delivery orders, and will be distributed to beer retailers in British Columbia and Alberta.