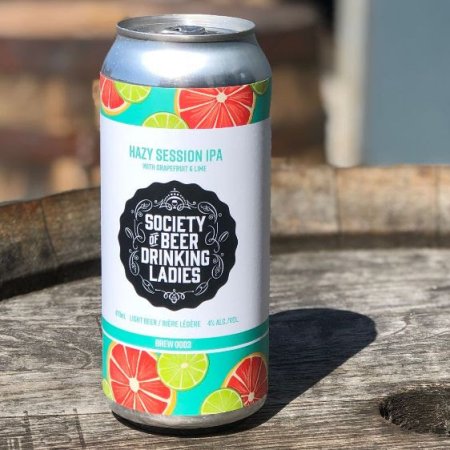 TORONTO, ON – Henderson Brewing and the Society of Beer Drinking Ladies (SOBDL) have announced the release of the third in a series of collaborative beers.

Brew 0003: Hazy Session IPA (5% abv) was brewed with grapefruit and lime, and is described as follows:

You’ll smell fresh lime and grapefruit along with citrus oil and ripe melon. The taste is a big citrus flavour up front followed by a bright fruitiness, touch of bitterness and a herbaceous note. The addition of oats and wheat make it soft and almost creamy on the palate, encouraging another sip. It’ll be your new summer favourite!

Brew 0003 is currently available in the Henderson Brewing online store, and soon at select LCBO locations. It will be on shelves until the autumn when it will be replaced by Brew 0004, a new beer in a style still to be announced.