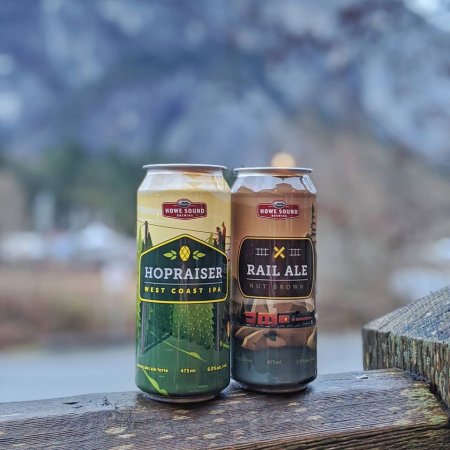 SQUAMISH, BC – After many years of offering its core line-up of year-round and seasonal brands in unique 1 litre swing-top bottles, Howe Sound Brewing has announced that it is making the shift to the more popular and standard 473 ml can format.

Hopraiser West Coast IPA and Rail Ale Nut Brown are the first two beers to debut in the new package, with cans hitting the shelves at the brewpub last week, and due to ship soon to BC Liquor Stores. Additional brands will be joining the initial pair in coming weeks and months.