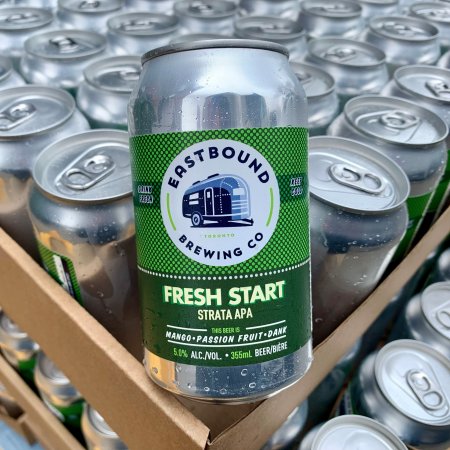 TORONTO, ON – Eastbound Brewing has announced the release of that latest in its Fresh Start series of single-hop American Pale Ales.

Fruit salad with a heavy helping of that dank, dank goodness. Fresh Start Strata gives you all that you’re missing and all that you need. This once experimental hop hails from the Pacific Northwest – from the state of Oregon. Now it stands alone in this American Pale Ale that pours golden straw.