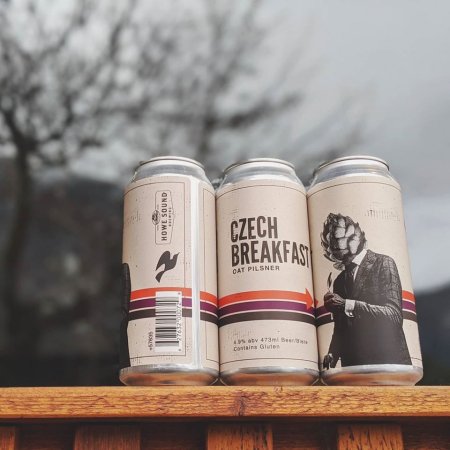 SQUAMISH, BC – Howe Sound Brewing has announced the release of a new collaboration with Bomber Brewing.

We layered German pilsner malts with both malted & flaked oats. Czech Breakfast conditioned for 14 weeks, and now this crisp treat is ready to comfort you through your self-isolation. It pours a brilliant straw-colour with a white head. The aroma is bready, with lots of honey-sweetness coming through from the pilsner malts. Late hop additions of Mandarina Bavaria & Loral balance the grain, giving a subtle New World fruity pop to the nose.