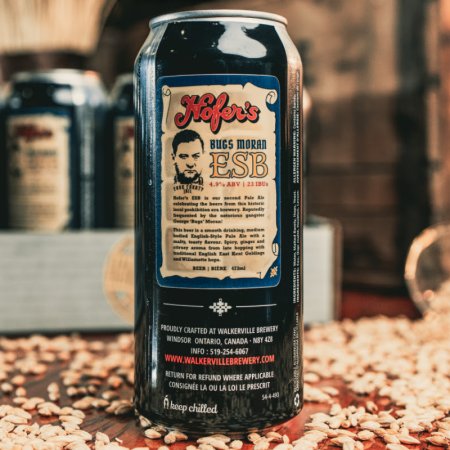 WINDSOR, ON – Walkerville Brewery has announced the release of the latest in its Heritage Series of beers inspired by the Hofer Brewery, which operated in the area in the 1920s to 1940s.

Hofer’s Bugs Moran ESB (4.9% abv) takes its name from the gangster George ‘Bugs’ Moran, and is described as follows: