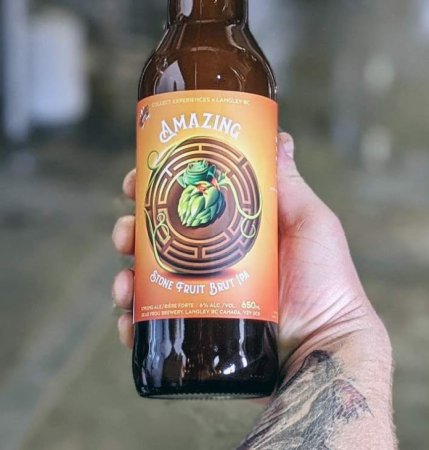 ALDERGROVE, BC – Dead Frog Brewery has announced the release of a new summer seasonal beer.

A fresh and fruity Brut IPA with juicy hops, real peach and apricot, and a bubbly, dry finish. We know everyone needs a little something extra to occupy their time right now, so the brew comes complete with a maze on the label.

Amazing Stone Fruit Brut IPA will be launching this weekend at the brewery, where it will be available for drive-thru purchases. It will also be available in the Dead Frog online store starting on Saturday, and soon at select beer retailers in British Columbia.