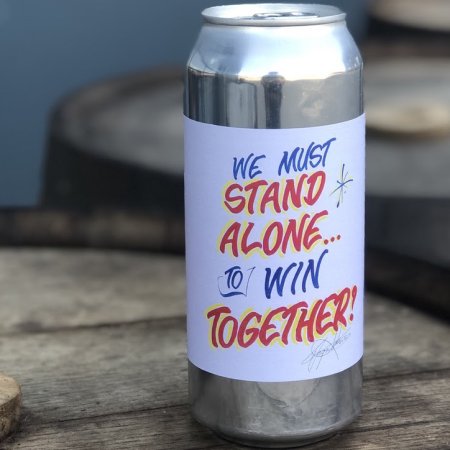 TORONTO, ON – Henderson Brewing has announced details of the latest in its Ides Series of monthly limited edition beers, which this month is a tribute to “the Toronto that we all love and will be an active part of again soon.”

Stand Alone, Win Together (5% abv) is described as “a light, refreshing west coast lager with a crisp, clean finish.” It features a label designed by Wayne Ruben, the artist known for the iconic signs he painted for Honest Ed’s up until its closure several years ago.

In addition to appearing on the can, Ruben’s design is also printed on a limited edition pint glass, and both are available to purchase via the Henderson online store. Ruben provided his work for free, as did the printer Lorpon Labels, and all profits from the beer and glass sales will be donated to the Parkdale Food Bank.

For more details, see the short video below.