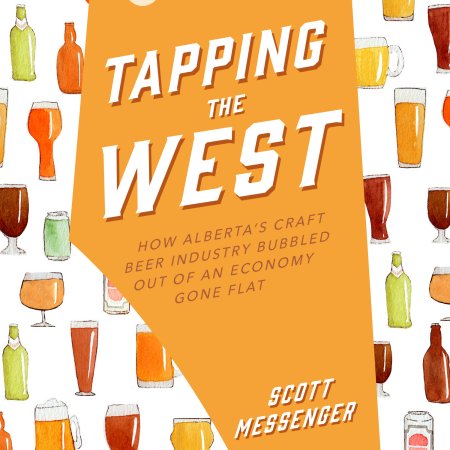 VICTORIA, BC – A new book focused on the craft beer brewing industry in Alberta is coming soon from TouchWood Editions.

Tapping the West: How Alberta’s Craft Beer Industry Bubbled out of an Economy Gone Flat by Scott Messenger, authour of the blog One Year of Alberta Beer, is described as follows:

In 2013, Alberta eliminated its law around mandatory minimum brewing capacity. At the time, there were roughly a dozen small-batch breweries throughout the province. Now there are more than one hundred, with new ones bubbling up each month. This is the first book about Alberta’s sudden surge in craft breweries and the economic boost that arose as a result.

With humour, straight-talking tasting notes, and a willingness to challenge stereotypes, Messenger introduces us to key players in the industry. We meet Graham Sherman of Tool Shed Brewing, who helped spearhead the change in legislation; Greg Zeschuk, whose Belgian-inspired brewery is poised to put Alberta beer on the global map; the sisters behind Northern Girls Hopyard, Alberta’s first hop farm; and others.

Tapping the West (312 pages, softcover, $23 list) is due out on May 5th, and is available directly from TouchWood Editions as well as from Amazon, Indigo, and other booksellers.