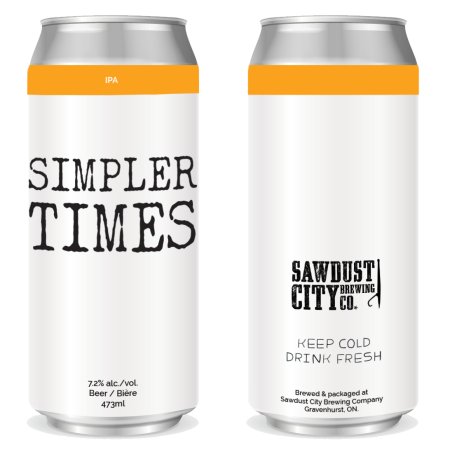 GRAVENHURST, ON – Sawdust City Brewing has announced the release of its latest limited edition IPA.

An immensely drinkable IPA that has a foot in both the old-school and new-school sensibilities. It’s not a haze bomb, but not completely bright. Not super bitter but not overly juicy either. It’s just the drink we need right now, as we remain somewhere in-between. This beer is a reminder of the past, of the simpler times, along with a subtle nod to the future, and of the better times to come.

Simpler Times is available now in the Sawdust City retail store and online shop for delivery across Ontario.