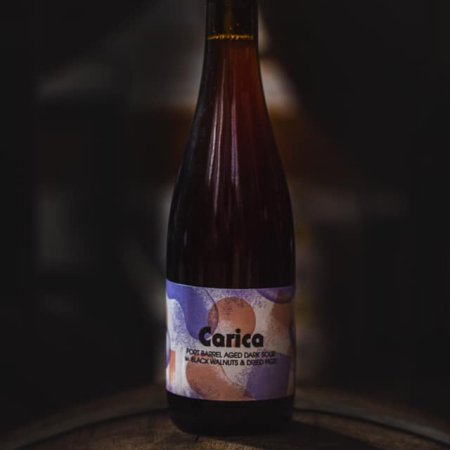 HALIFAX, NS – 2 Crows Brewing has announced the release of a new limited edition beer that they say is “pretty darn unique”.

This beer is unlike anything we’ve tried or made before, and we really dig it. Lovely deep jammy fruit notes from the fig and barrel, bright and zippy yeast and lacto culture, and a really unique earthiness and nuttiness from the black walnuts. Black walnuts have a much bolder flavour than the standard English walnut, and that really shines alongside the jammy complexity of the barrel and base beer.⁣

Carica is available now via the 2 Crows online store.