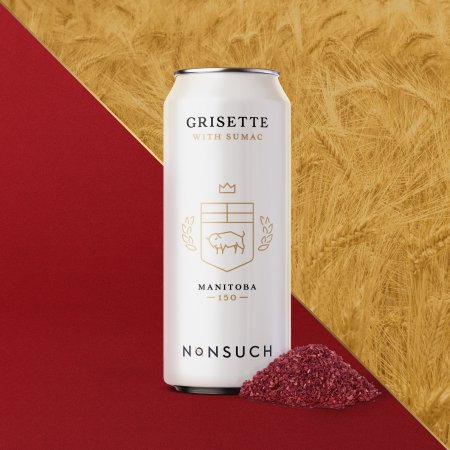 WINNIPEG, MB – Nonsuch Brewing has announced the latest in a series of beers marking this year’s Manitoba 150 celebrations.

Grisette With Sumac (4.5% abv) is described as follows:

As this cloudy, straw-coloured ale fills your glass, vanilla and citrus aromas fill the spring air. Your pallet is greeted with notes of sweet malt and bountiful citrus followed by a medley of Belgian yeast notes including vanilla and fruit. This wheat beer is brewed with orange, lemon, coriander, juniper berries, and Manitoban sumac.

Grisette With Sumac is available now via the Nonsuch website for pick-up and delivery orders, and at select beer retailers.