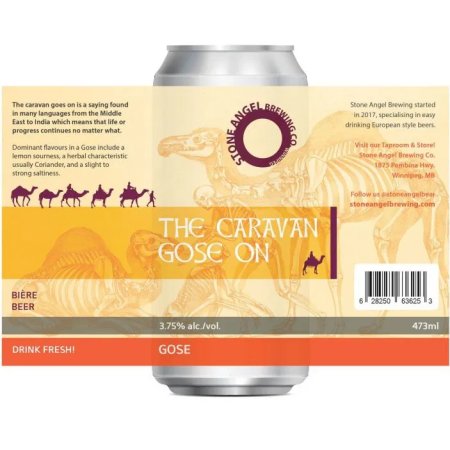 WINNIPEG, MB – Stone Angel Brewing has announced the release of a new seasonal beer that anticipates the upcoming warmer weather.

The caravan goes on is a saying found in many languages from the Middle East to India which means that life or progress continues no matter what. Dominant flavours in a Gose include a lemon sourness, a herbal characteristic usually Coriander, and a slight to strong saltiness. The illustration used is from an 1860 publication illustrating the comparative underlying structures of humans and various members of the animal kingdom.

The Caravan Gose On is available now at the Stone Angel retail store and online shop, and at select beer retailers.