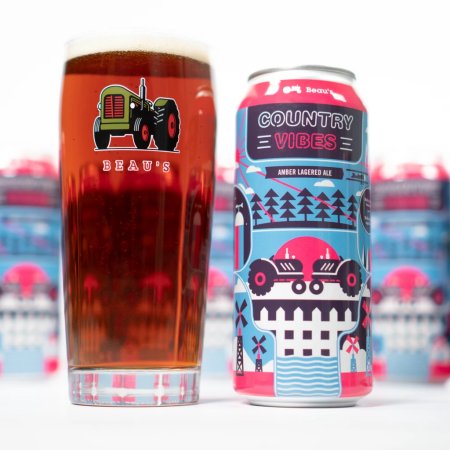 VANKLEEK HILL, ON – Beau’s Brewing has announced the release of a “delicious and refreshing mash-up of lager + amber ale [that] is so retro, it’s cool again.”

This hybrid beer shares traits that can be found in German Altbier, California Common and American Amber Ale, while rebelliously not being defined by any one of those styles. Country Vibes pours amber with cream-colour foam. The aroma is malty and toasty. The flavour is predominately malt-driven, featuring sweet grainy and toasty bread notes that are balanced by a clean, crisp hop bitterness. The finish is bright with a mild lingering malt sweetness.

Country Vibes is available now in the Beau’s online store and pick-up and delivery orders, and at select LCBO stores.