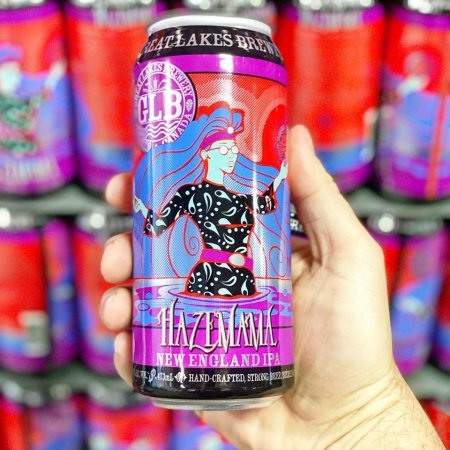 TORONTO, ON – Great Lakes Brewery has announced the addition of a new beer to its year-round line-up.

HazeMama New England IPA (7% abv) was previously available as a limited edition release under the name Voodoo HazeMama, and is now back under a slightly different moniker but with the same recipe and description:

Bordering in appearance of a glass of unfiltered pineapple juice, HazeMama pours yellow in colour with a hint of orange peering through and is capped by a snowy white crown. Aromas of ripe pineapple, kiwi, tangerine and sweet cotton candy, joining some warming alcohol notes, thus showcasing the girth of this NEIPA alongside a well concocted blend of specialty hops. Tipping back HazeMama provides wonderful flavours of peach, lemon and a touch of raw honey, complemented by a stroke of soft alcohol that numbs the gums. Creamy, yet aggressively bitter. Assertive, yet easy to drink. HazeMama.

HazeMama will be officially released on Thursday April 30th, and will be available for delivery and pick-up orders via the GLB online store. It will also be on distributed to LCBO stores in Toronto and area later this week, and elsewhere in Ontario the week of May 4th.