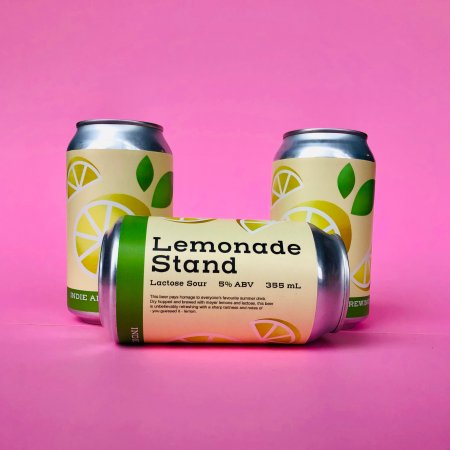 TORONTO, ON – Indie Ale House has announced that a fan-favourite beer previously available exclusively at the brewpub is heading to the shelves at select LCBO stores.

Lemonade Stand (5% abv) is a sour ale described as follows:

This beer pays homage to everyone’s favourite summer drink. Dry hopped and brewed with Meyer lemons and lactose, this beer is unbelievably refreshing with a balanced tartness and notes of – you guessed it – lemon.

Lemonade Stand will be available starting this week at LCBO locations in Toronto and area, and can also be ordered for delivery via the brewery’s online store.