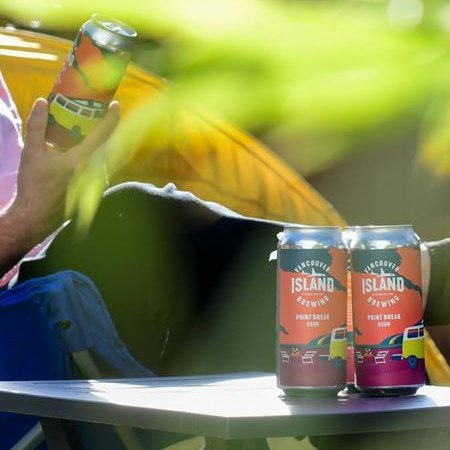 VICTORIA, BC – Vancouver Island Brewing has announced the addition of a new beer to its core line-up.

This West Coast Sour hits your palate like a wave crashing against The Point at Jordan River. This tart, refreshing ale was made to tell the tale of riding out a 50-year storm!

Point Break Sour is available now for pick-up and delivery orders via the brewery online store, and at select liquor store locations in British Columbia.