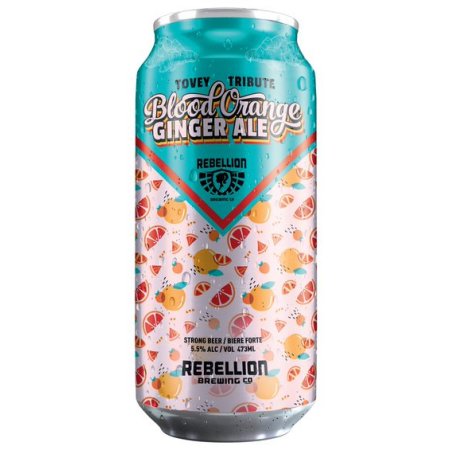 REGINA, SK – Rebellion Brewing has announced the release of a new seasonal beer that honours a local craft beer pioneer and supports a great cause.

Tovey Tribute Blood Orange Ginger Ale (5.5% abv) was created by the Lady Rebels Beer Club and named after Cheryl Tovey, who has worked at the Bushwakker Brewpub since 1992, and is a long-time supporter of many local charities.

Described as having “citrus aromas and flavours in the front with a hint of ginger heat in the finish,” Tovey Tribute can be pre-ordered now on the Rebellion website, and picked up on Sunday, May 10 from 12:00 noon to 4:00 PM in the west parking lot of the Centennial Market Mall. All proceeds will be donated to YWCA Regina in support of women’s shelters.