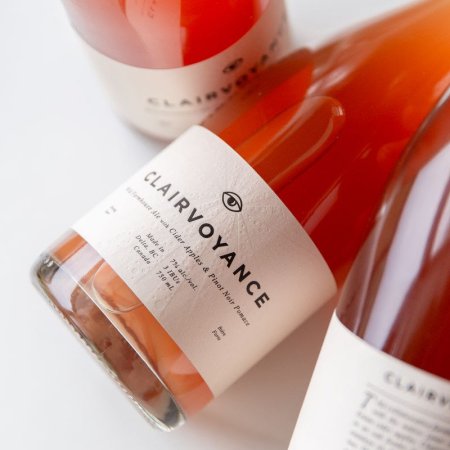 DELTA, BC – Four Winds Brewing has announced the release of a new collaboration with Nomad Cider.

Clairvoyance (7% abv) is described as follows:

This farmhouse ale was fermented with the native yeast on the skin of Nomad Estate cider apples. Originally conditioned in an oak foeder, Clairvoyance was then conditioned in stainless steel on Pinot Noir pomace for another two months. The result is an effervescent, pucker-inducing nod to the three drinks that usher in the Spring: Beer, Cider and Wine

Clairvoyance is available now at the Four Winds retail store and online shop, and soon at select private beer retailers.