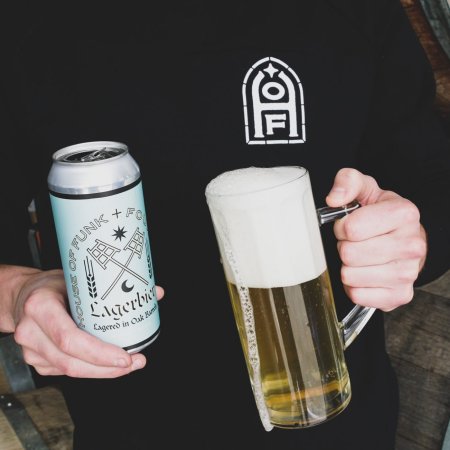 NORTH VANCOUVER, BC – House of Funk Brewing has announced the release of a new collaboration with Four Winds Brewing.

Lagerbier Lagered in Oak Barrels (5% abv) is described as follows:

This lagerbier was brewed with a blend of pilsner malts from the Skagit Valley and hopped generously with Styrian Goldings, an old world Slovenian hop, and Motueka, a new world New Zealand hop. After fermenting slowly in stainless, we transferred to neutral oak barrels for an additional three months of lagering.⁣

Lagerbier Lagered in Oak Barrels is available now in 473 ml cans via the House of Funk online store.