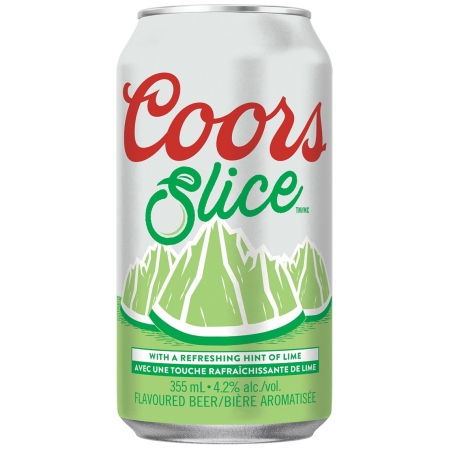 TORONTO, ON –  Molson Coors Canada has announced the addition of a new flavoured lager to its Coors Light brand portfolio.

Coors Slice Lime (4.2% abv) is described as having “the refreshing taste of Coors we love with just a hint of lime,” and started rolling out last month along with the returning Coors Slice Orange, which was originally released last summer.

Coors Slice Lime and Coors Slice Orange are available now in 355 ml and 473 ml cans at beer retailers across Canada. They are also featured in the Coors Summer Mixer pack which features 4 x 355 ml cans each of both flavours along with Coors Light.