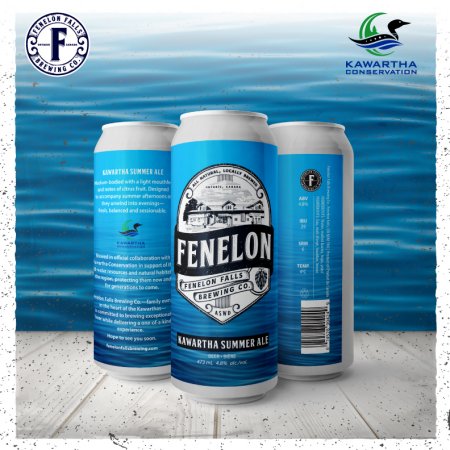 FENELON FALLS, ON – Fenelon Falls Brewing has announced the release of a new beer in partnership with environmental non-profit organization Kawartha Conservation.

Medium-bodied with a light mouthfeel and notes of citrus fruit. Designed to accompany summer afternoons that unwind into evenings—fresh, balanced and sessionable.

Kawartha Summer Ale will be officially launched on Thursday May 14th, and can be pre-ordered now in limited edition 500 ml bottles via the brewery’s online store for delivery or pick-up. A larger release in 473 ml cans will follow soon, and proceeds from all sales of the beer will be donated to Kawartha Conservation to support its mission to protect the long-term health of lakes and rivers in the Kawartha watershed.