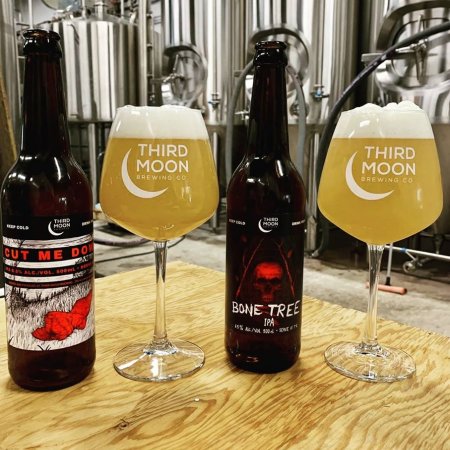 MILTON, ON – A new brewery that was announced last summer is set to release its first beers this weekend in Milton, a large town in Halton Region west of Toronto.

Third Moon Brewing is being launched by Steven Pilotto and Chris Steininger, who plan to “focus on the beers [they] love to drink – hazy IPAs, pastry stouts and fruited sours.”

The first two beers from the brewery – Cut Me Down (6.5% abv), “a golden quencher of an IPA made with Columbus then dry hopped with Sabro and Mosaic”, and Bone Tree (6.5% abv), “an all Citra IPA dry hopped with more Citra” – can be pre-ordered now via the Third Moon website, and will be available to pick up at the brewery this Saturday May 16th from 10:00 AM to 6:00 PM. Additional beers will be released in a similar manner on a weekly basis while COVID-19 restrictions are in place.