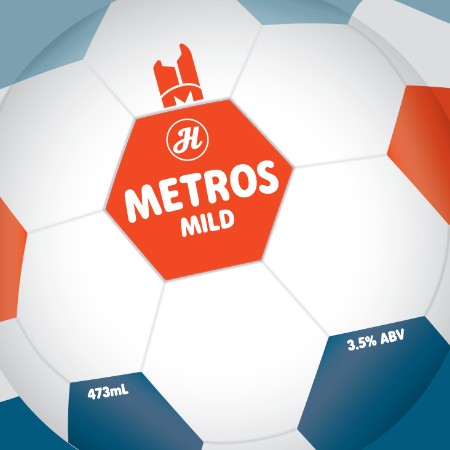 TORONTO, ON – Henderson Brewing has announced details of the latest in its Ides Series of monthly limited edition beers, which this month is a tribute to an often forgotten bit of Toronto’s sports history.

Metros Mild (3.5% abv) is named after the Toronto Metros, a soccer team that competed in the North American Soccer League during the 1970s-80s, and winners the league championship in 1976, more than four decades before Toronto FC took the MLS Cup.

Metros Mild is available now in the Henderson retail store and online shop while supplies last.