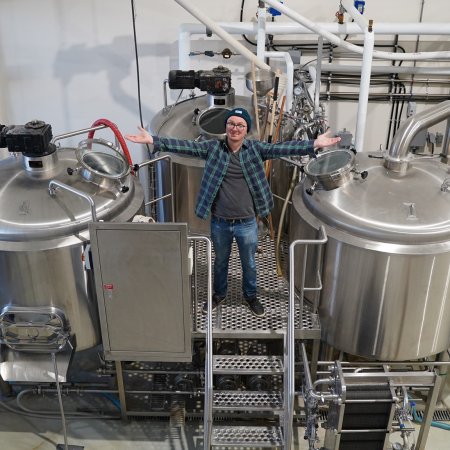 TORONTO, ON – Kensington Brewing has announced the opening of a second location in Vaughan, a suburban city just north of Toronto.

The new facility opened late last week in the space previously occupied by Lake Wilcox Brewing, which quietly closed earlier this year after operating there since October 2016.

It wasn’t our intention to open a second brewery in the middle of a global pandemic (definitely poor timing), but we’ve been working on this for over a year now & couldn’t keep it a secret any longer. You’ve been to our brewery, things are tight. In short, we just needed a little more space. Now we’ll be able to brew enough beer to….(here’s another bit of exciting info) return to the LCBO, work with more local restaurants & bars, and work on a few new recipes & projects.

The announcement also notes that the company’s original Toronto location in its namesake Kensington Market “is still & will continue to remain our forever home (don’t worry, we’re not going anywhere).”

The new Kensington Brewing is located at 3-1033 Edgeley Blvd. in Vaughan, and is currently open for retail sales from 2:00 PM to 8:00 PM on Thursday to Sunday. The Toronto shop is open during the same hours 7 days a week, and delivery orders can be placed via the brewery’s online store.