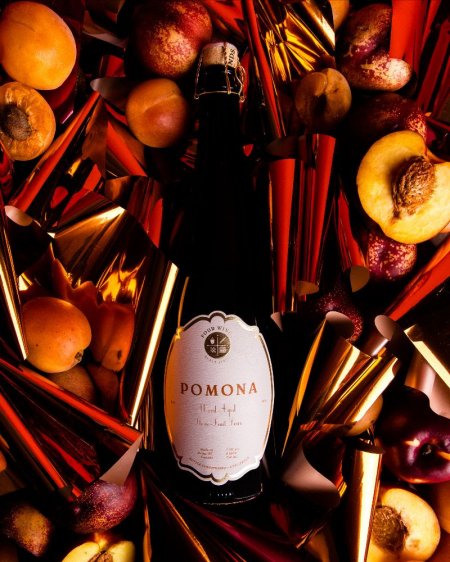 DELTA, BC – Four Winds Brewing has announced the release of the the 2020 vintage of what it says is “consistently one of our best, most cherished beers.”

Pomona was aged on hand-processed whole fruit with Lactobacillus and Brettanomyces. We designed this recipe to let the fleshy, tart stone fruits dominate the palate. The beer already has the flavour of apricots before we add the fruit due to the combination of hops, yeast, and bacteria. We then age this beer in two 4000 L foeders with 4000 lbs of squashed nectarines and whole apricots. The pit of the apricot gives the beer a subtle, bitter almond flavour that plays nicely alongside the sharp acidity and bright fruit.

Pomona is available now at the Four Winds retail store and online shop, and soon at select private beer retailers.