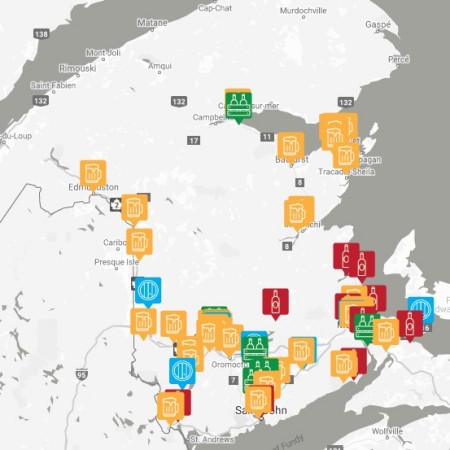 FREDERICTON, NB – A new pilot program announced by the ANBL will give craft breweries and other alcohol producers in New Brunswick the freedom to sell each other’s products for the first time.

In effect now and initially set to run for 10 months, the program allows small volume breweries, wineries, distillers, and cider makers to cross-sell packaged products in their Manufacturers Agency Stores, and the ANBL will not collect any mark-up on the sales.

“There are about 70 of these locations across the province, said Christine Comeau, executive director of the New Brunswick Craft Alcohol Producers Association, in an interview with Huddle. “So if there’s a craft brewer that would have been just selling craft beer, they’ll actually now be able to collaborate with wine producers and spirits and even mead to be able to cross-sell those products in their brewery locations,”

“It means a local producer could become much like a specialty craft alcohol liquor store,” Comeau added. “You don’t have to go through a listing that you would typically need to do through NB Liquor, [and] the margins are better to be selling through this newly expanded network versus going through the liquor stores.”