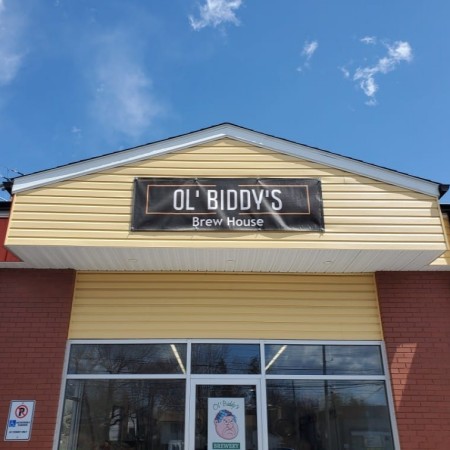 LOWER SACKVILLE, NS – A brewery previously run as a small home-based operation has announced the opening of a full-scale facility in Lower Sackville.

Ol’ Biddy’s Brew House was launched in late 2017 by award-winning homebrewer Keith Forbes and his wife Erin Delaney-Forbes, with beer produced on a part-time basis using a 1-barrel brewing system in their basement, and available exclusively on draught in local bars.

After going on hiatus in 2018, Forbes announced in April 2019 that his friend Chris Balcom had joined the company, and that work was underway to transition to a commercial location.

That new location officially opened last week, and features a 10-barrel brewhouse, retail store, and a taproom that will launch once COVID-19 restrictions are lifted.

Ol’ Biddy’s Brew House is located at 111 Cobequid Road in Lower Sackville, and is currently open for retail sales from 12:00 noon to 6:00 PM on Thursday and Sunday, and 12:00 noon to 8:00 PM on Friday and Saturday. Beer can be pre-ordered for pick-up via the brewery’s website.