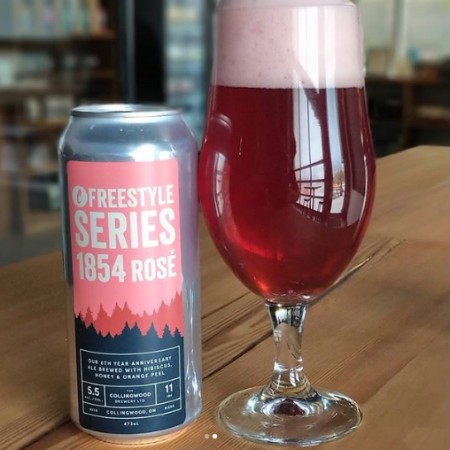 COLLINGWOOD, ON – The Collingwood Brewery has announced that it is celebrating its 6th anniversary with the release of the latest in its Freestyle Series of limited edition beers.

Brewed with hibiscus, honey and orange peel, this deep pink coloured beer has aromas of cranberry, orange and eucalyptus. It has tart, refreshing red-berry finish.

1854 Rosé is available now at the Collingwood Brewery retail store and online shop.