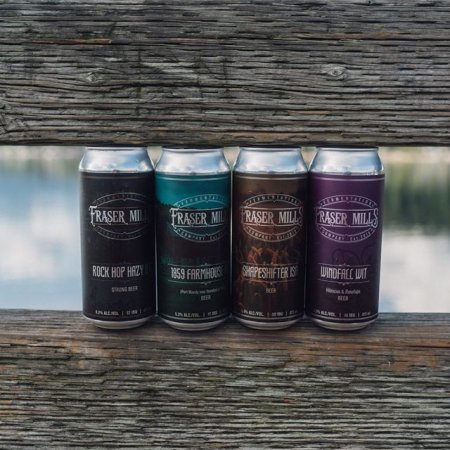 PORT MOODY, BC – A new brewery that has been in the works in Port Moody since early last year has announced the release of its first beers.

Fraser Mills Fermentation Co. has been open as a homebrew supply shop for some time, and has now launched the commercial brewing side of its operation with four inaugural beers, including Shapeshifter ISA (4.4% abv), Rock Hop Hazy IPA (6.2% abv), Windfall Wit (4.9% abv), and 1859 Farmhouse Ale (5.3% abv).

Fraser Mills Fermentation Co. is located at 3044 St. Johns Street in Port Moody, and is currently open for can and growler sales from 11:00 AM to 9:00 PM on Sunday to Thursday, and 11:00 AM to 10:00 PM on Friday and Saturday. For more details, see the brewery’s website and Facebook page.