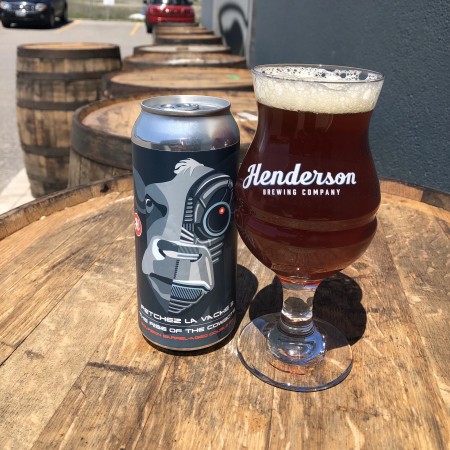 TORONTO, ON – Henderson Brewing has announced the 3rd release in an annual series of beers with a name inspired by a classic Monty Python bit.

Fetchez La Vache 3: The Rise of The Cowbots (10% abv) is a bourbon barrel-aged double IPA that is briefly and simply described as “an old school DIPA with plenty of bourbon and oak character to round it out.

Fetchez La Vache 3 is available now in 473 ml cans at the Henderson retail store and online shop while supplies last.