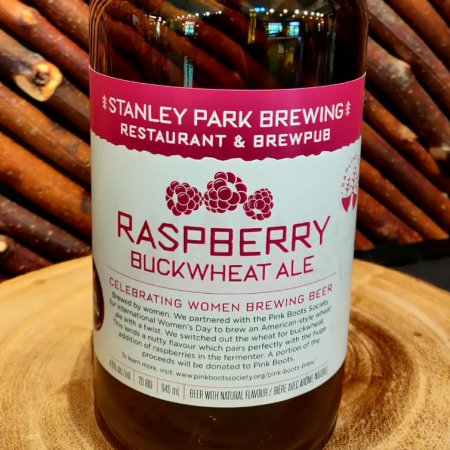 VANCOUVER, BC – Stanley Park Brewing has announced the release of a new beer in support of the Pink Boots Society.

Raspberry Buckwheat Ale (4% abv) was created by an all-female brewing team headed by Rachel Young, assistant brewer at Stanley Park Restaurant and Brewpub, and is described as follows:

The beer is an American-style wheat ale with a twist. Switching out the wheat for buckwheat, leads to a nutty flavour which pairs perfectly with the huge addition of raspberries in the fermenter.

Raspberry Buckwheat Ale is available now at the Stanley Park Brewpub and online store. Partial proceeds will go to the Pink Boots Society to fund programs and scholarships for women in the brewing industry.