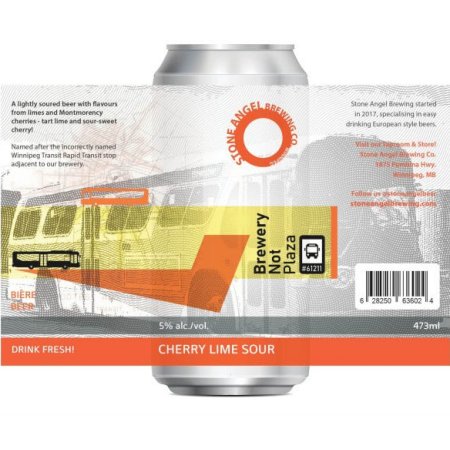 Brewery Not Plaza Cherry Lime Sour (5% abv) is named in honour of the tongue-in-cheek opinion – and past April Fools joke – that Winnipeg Transit’s Plaza Station which recent opened adjacent to the brewery should have been named Brewery Station instead.

It’s briefly described as “a lightly soured beer with flavours from limes and Montmorency cherries – tart lime and sour-sweet cherry!”

Brewery Not Plaza is available now at the Stone Angel retail store and online shop.