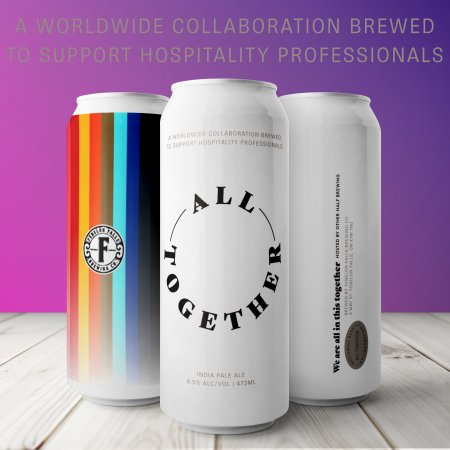 FENELON FALLS, ON – Fenelon Falls Brewing has announced the release of a new beer that will raise funds to support hospitality establishments in the Kawartha Lakes region that have been closed due to the COVID-19 lockdown.

All Together IPA (6.5% abv) is part of a worldwide collaborative project launched by Brooklyn’s Other Half Brewing, in which more than 800 breweries in 40 countries have brewed from an open source recipe for a West Coast IPA.

Fenelon Falls describes their version as having “big flavours of citrus and tropical fruit balanced by a refreshing and satisfying finish.”

All Together IPA is available now via the Fenelon Falls Brewing online store for delivery across Ontario. Proceeds will be used to develop a tourism program in collaboration with the City of Kawartha Lakes Economic Development Division to help the local hospitality sector recover from the impacts of the pandemic.