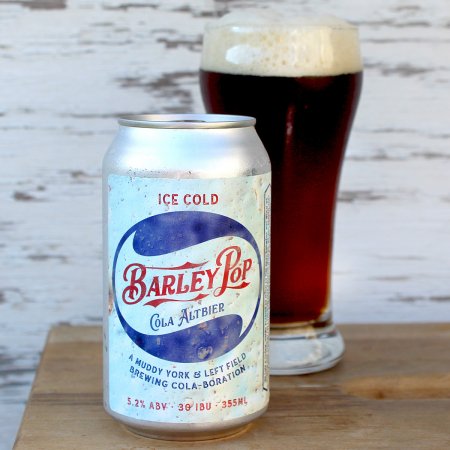 TORONTO, ON – Muddy York Brewing has announced the release of a new collaboration with Left Field Brewery.

Earlier this year, we finally put our heads together with our long time friends and neighbours in the east, Left Field Brewery, to brew up something special. When we came to the table to discuss what to do (in pre-pandemic times, of course), the crew at Left Field were hankering to brew a more traditional style, which is something we often do. We, on the other hand, were longing to experiment with new flavours and innovations, something the team at Left Field does really well. The result? A beer that perfectly represents both worlds. A traditional German Altbier infused with flavours and aromas of your favourite cola!

Barley Pop is available now for delivery and pick-up orders via the Muddy York online store.