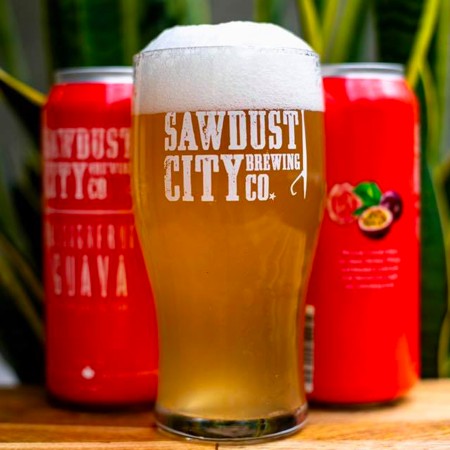 GRAVENHURST, ON – Sawdust City Brewing has announced the release of a tropical variant on one of its popular Coriolis Effect Berliner Weisse.

Passionfruit Guava Kettle Sour (3.5% abv) was originally released in 2018 as a collaboration with the Town of Gravenhurst for the Session Muskoka beer festival, where it won the Collaboration Nation competition, and returned for a limited run last summer.

Now back for a wider release, it’s described as follows:

This spin-off from our classic Berliner Weisse promises big passionfruit & guava flavours balanced by a tart, lemon flavour. Passionfruit Guava is a very sessionable brew that’s perfect for adding that fruit-punch to your beer line-up this summer.

Passionfruit Guava Kettle Sour will be officially released tomorrow (May 28th), and will be available in the Sawdust City retail store and online shop, as well as at select LCBO locations across Ontario.