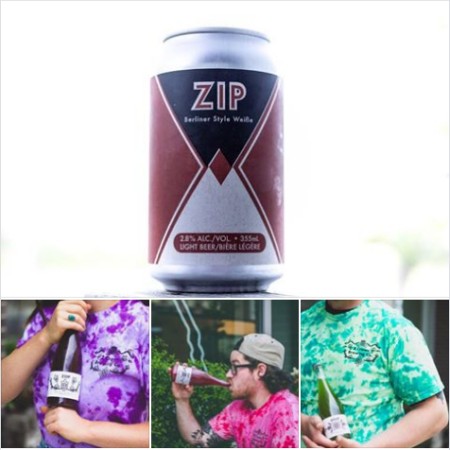 HALIFAX, NS – 2 Crows Brewing has announced the release of a new traditional sour ale, as well as a trio of barrel-aged and flavoured variants.

Zip is a traditional Berliner-style weiße beer, brewed last fall and conditioned until now. It was a pretty long and involved process wherein we used a whole bunch of research (and yeast!) from the Yeast Daddy, Richard of Escarpment Laboratories to recreate an approximation of what Berliners of the past may have tasted like. Dry, lively, subtle funk – tastes like a cross between pet-nat and lemon San Pelligrino.

The three variants include:

All four beers are available now via the 2 Crows online store.