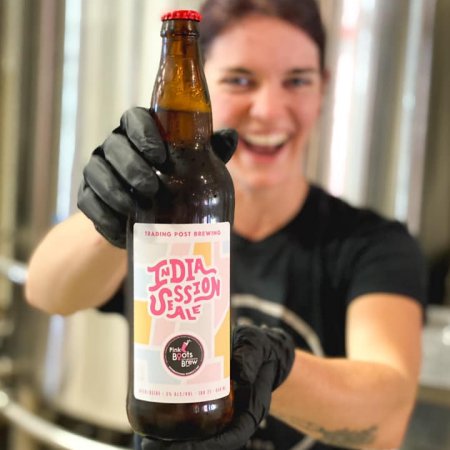 ABBOTSFORD, BC – Trading Post Brewing has announced the release of a new beer in support of the Pink Boots Society.

India Session Ale (5% abv) was brewed on International Women’s Day in collaboration with female students and alumnae from the KPU Brewing and Brewery Operations program along with other women from the local craft brewing industry and community. Brewed with the 2020 Pink Boots Hops Blend from Yakima Chief Hops, it’s described as “a deliciously hoppy beer with aromas of tropical fruits and citrus.”

India Session Ale was officially released today (May 29th), and is available on tap at all three Trading Post locations, and in 650 ml bottles at the brewery retail store and online shop.