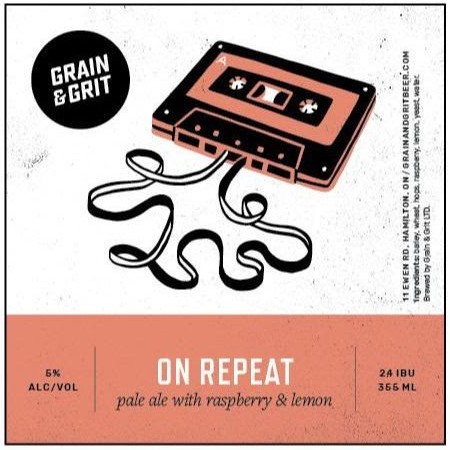 HAMILTON, ON – Grain & Grit Beer Co. has announced the release of one new beer and one returning favourite.

On Repeat Fruited Pale Ale (5% abv) is a new brew described as follows:

Straight up raspberry lemonade! This fruited pale ale is a summer crusher. Brewed with raspberry and lemon, it’s slightly sweet and tart up front with dry finish. 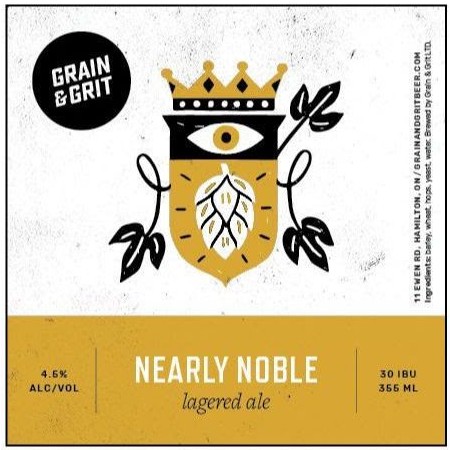 Our staple, refreshing, easy-drinker is back! We brew Nearly Noble with noble-variety Saaz and Perle hops, and it’s dry-hopped with Cascade. You’ll get some citrus on the nose with grassy, straw notes on the sip and a sharp, Pilsner-style finish.

Both beers are available now in the Grain & Grit online store for pick-up and delivery orders.