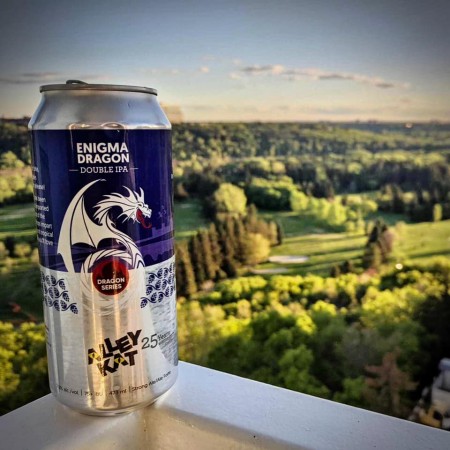 EDMONTON, AB – Alley Kat Brewing has announced details of the next installment in its Dragon Series of limited edition Double IPAs.

The secret is out! The mystery has been solved! Enigma is delicious! Imported from Australia and a sister hop of the ever popular Galaxy variety, Enigma hops impart flavours of pinot gris, raspberry, and tropical fruit. This mysterious Enigma Dragon is a riddle you’ll want to solve again and again!

Enigma Dragon will be released on Thursday June 4th, and will be available in 473 ml cans at the Alley Kat brewery store and select liquor stores in Alberta while supplies last.