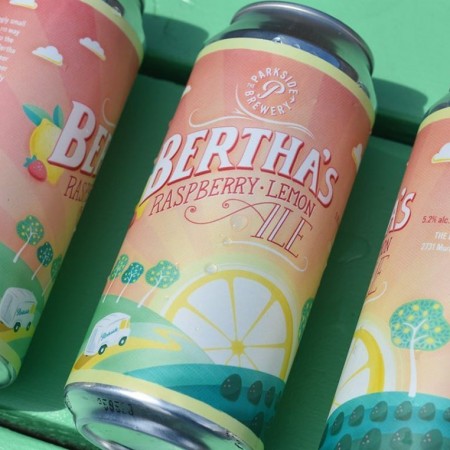 PORT MOODY, BC – The Parkside Brewery has announced the release of a new limited edition beer for its 4th anniversary.

Bertha’s Raspberry Lemon Ale (5.2% abv) is named in honour of Bertha Eugene, the brewery’s retired delivery van which “had the heart of a champion which in no way corresponded to the endearingly small size of her wheels.”

It’s described as “a bright mix of tart raspberries & citrusy lemons with a pinch of salty goodness tossed in just to keep the patio days rolling.”

Source: Bring Your Porter to the Slaughter
Photo: The Parkside Brewery Facebook page